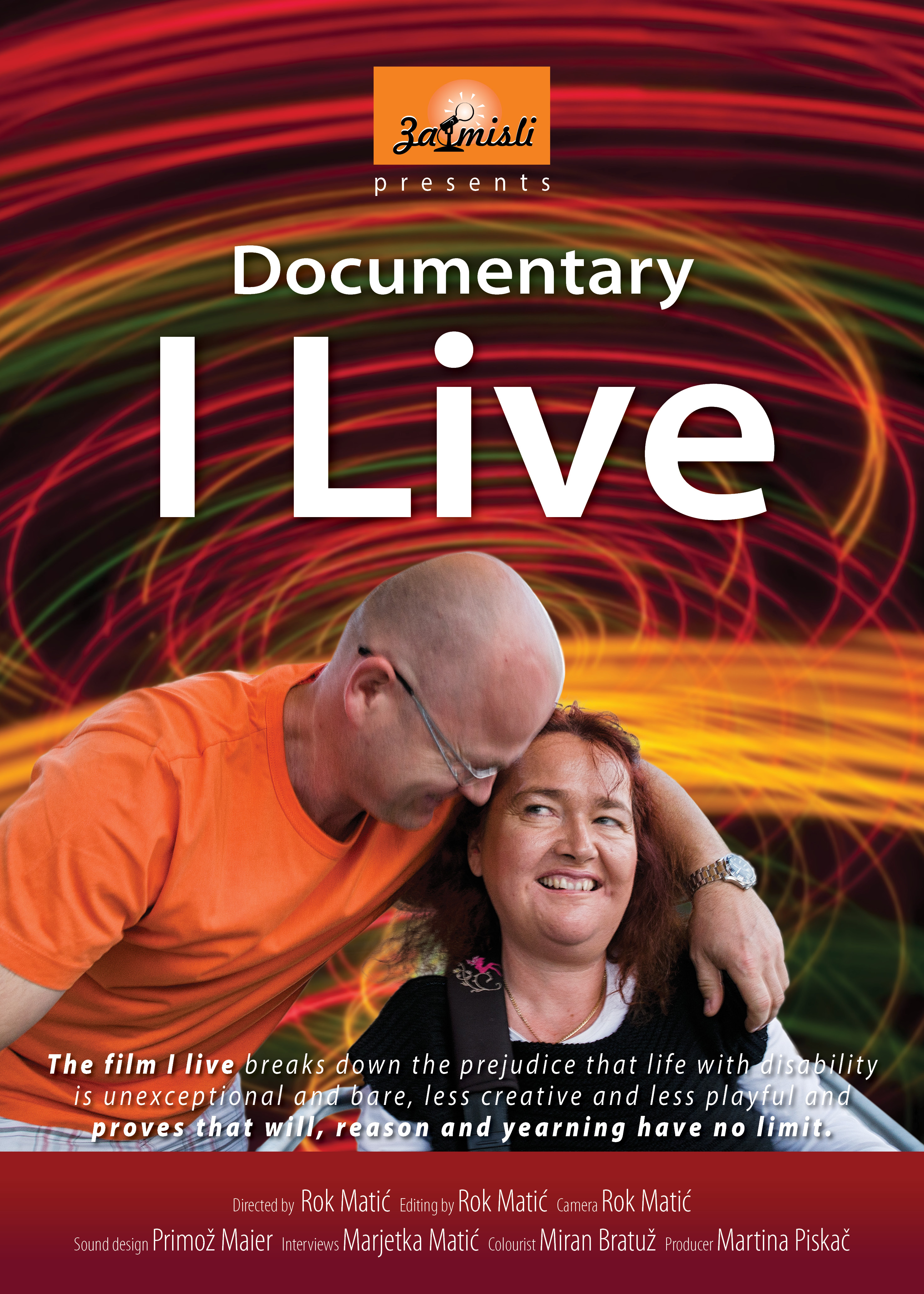 The film presents the life of Martina Piskač from her early childhood, teenage years, youth and motherhood to her mature age when she became a ... . Martina has spinal muscular atrophy. Despite numerous negative prognoses, she managed to shape for herself an active lifestyle and achieve equality according to her desires and ambitions. Her difficult and progressing physical disability put her into an electric wheelchair, but personal assistance now allows her to live independently. She can't even lift her arm, but she lives to the fullest, in the real sense of the word. The film l live breaks down the prejudice that life is unexceptional and bare, less creative and less playful and proves that will, reason and yearning have no limit. Especially due to her disability, Martina knows very well how precious life is, as she stared death in the face many times and has so far always beaten it. She looks at her life with a touch of irony and self-irony, which is often the way to make it through the most difficult moments.

Sweden Film Awards, October 2020, Documentary I live - Semi-Finalist. Project has been selected as a semi-finalist in festival.

I LIVE film has been officially selected in Oct/Nov 2020 in UK Monthly Film Festival.

I LIVE film has been officially selected in RODI Film Festival 2020.

My wife and I got the idea to make a short video on Martina. It was meant to be a short message or comment regarding her life. Without knowledge and experience, we experimented how to tell such a story most convincingly. After three years of persistence, a story was created about the will to be. This was our way to delve into intrapersonal relationships, carrying heavy burdens and the duties we have to each other.